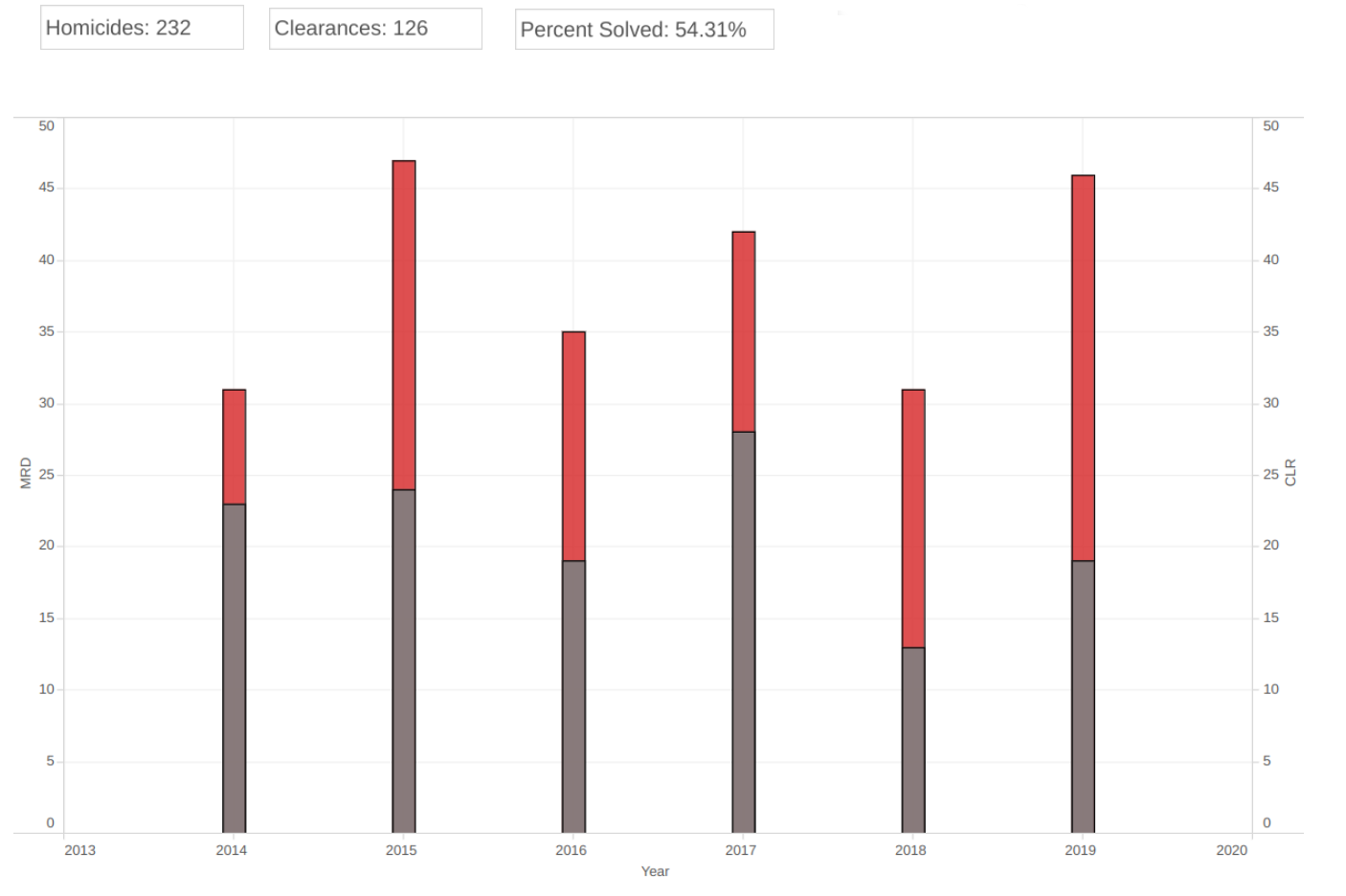 According to one survey, the biggest expectation that the public has for police is the investigation of violent crime. But does policing actually deliver the results that we expect?

In short: no. Police use the term "clearance rate" to describe the percentage of crimes for which a charge is made against the alleged perpetrator. In other words: has the crime been potentially solved? ("Potentially," because thousands of convictions are wrongful, let alone charges).

Several investigations into violent crime in Minneapolis in the last ten years indicate that clearance rates are low for violent cimes.