How many serve? How many patrol?

It's not an easy question to answer. The number of sworn officers is not the same as the number of officers who patrol or respond to 911 calls. The sworn officers number is typically lower than the budgeted number. Especially amidst reports of officers taking leave, claiming disability, quitting the department: it's hard to get a clear picture of how many officers Minneapolis pays and what they do.

The data points keep piling up, without a clear and consistent picture of how many officers are actually working day to day in the department. Who to believe: city sources, or lawyers for groups of officers threatening that 100 or 200 officers are quitting/claiming disability? This dynamic is clearly an important factor in the Mayor's 2021 budget proposal, wherein MPD budget cuts primarily take the shape of deciding not to fill positions that have been vacated by the officers themselves.

A source tells me that there were 800 sworn officers at the end of July, which casts some doubt on some of the disability-claim-related lower numbers reported in August (650, for example). Still, MPR had the number at 750 in early October.

Chief Rondo's presentation (based on the Mayor's proposed 2021 budget) projects how many sworn officers are expected to serve throughout 2021 if the budget passes. On page 18 (pdf) it includes this graph: 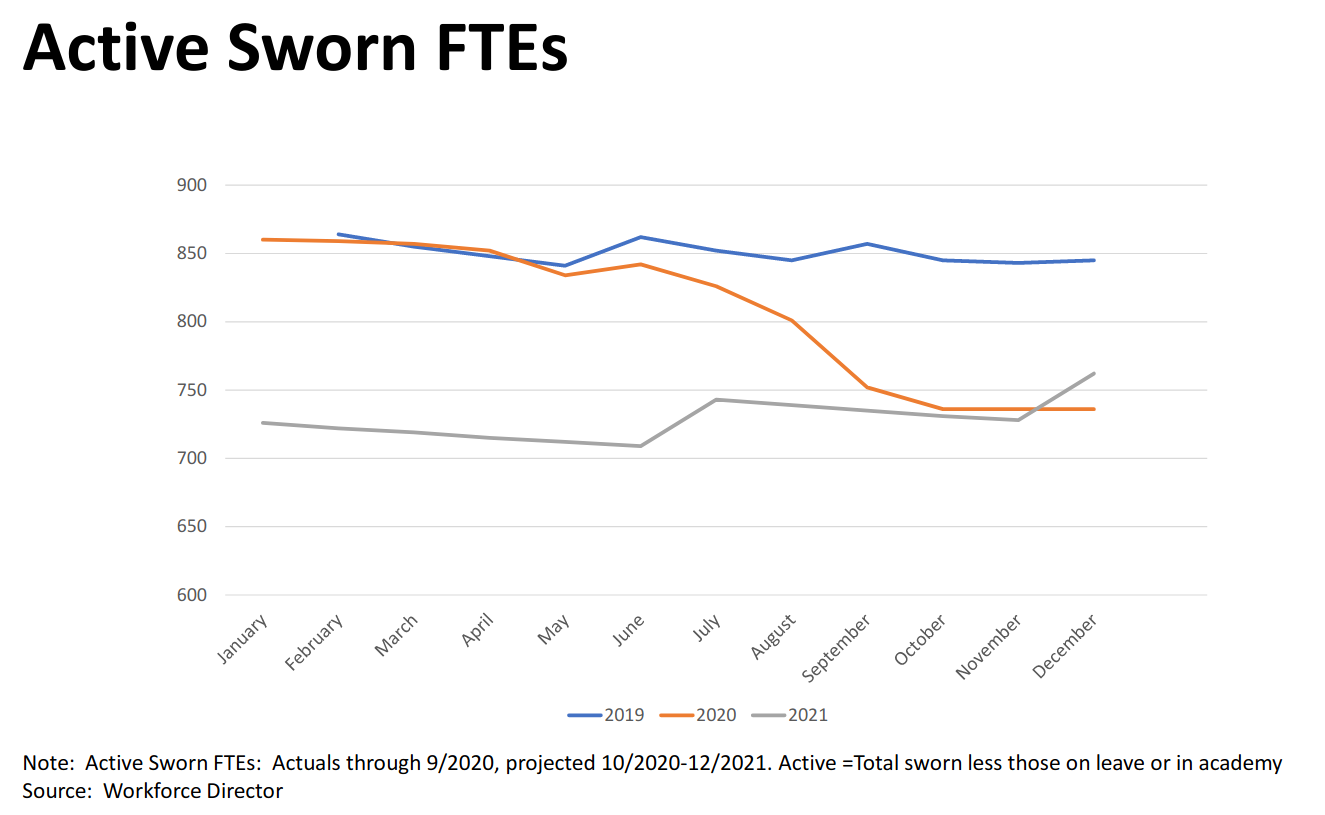 This projection amounts to a significant reduction of officers, apparently all of it due to attrition: officers taking leave or otherwise walking away from the job. Rondo was quoted saying "Maintaining target staffing levels will be challenging due to significant and unpredictable attrition."